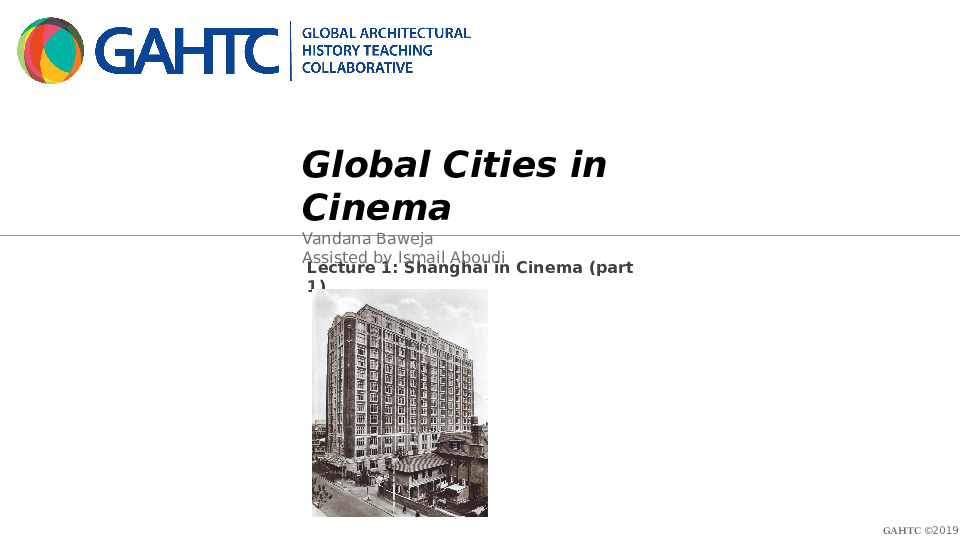 The first part of this lecture chronicles two phases of Shanghai’s globalization. The first phase known as “the treaty port phase” began with Britain’s victory in the First Opium War (1839–42), which inaugurated the making of Shanghai into a global city. This phase ended with the Japanese occupation of Shanghai during the Second Sino-Japanese War (1937–45) and the subsequent Second World War, when most foreigners fled the city, bringing Shanghai's 101 years as a treaty port to an end. Shanghai was transformed into a socialist city under Chairman Mao Zedong (1949–1976) and the city’s emphasis shifted to heavy manufacturing industry under the influence of the Soviet Union’s planning methods. In the early 1990s, Deng Xiaoping, the leader of the world's largest Communist Party, embraced capitalism. The second phase of Shanghai’s globalization began in 1990s with Chairman Deng changing the ideological course of China’s destiny. This lecture investigates three urban areas that developed during the treaty port phase—the Bund, the Suzhou Creek Bank, and Shanghai's commercial spine, Nanjing Road. These urban areas are rendered cosmopolitan due to their complex urban historical trajectories that have been enmeshed in global cultural and capital flows. In addition to these urban areas, the lecture looks at two architectural types—the Art Deco skyscraper, a product of high-end globalization processes, and the lilong, an archetype of low-end globalization. Shanghai’s treaty port phase architectural icons such as— the Customs House (1925–1927), Hong Kong and Shanghai Banking Corporation (1921–1923), The Cathay Hotel/Sassoon House (1929) on the Bund; the Neo-baroque Post-Office (1924), Broadway mansions (1934), Embankment Building (1933) on the Suzhou River; and Sun Sun (1926), Sincere (1917), and Wing On (1918) on the Nanjing Road are cultural chronotopes that symbolize nineteenth and twentieth century high-end globalization processes. These high-end architect-designed icons and public spaces were built with collaborations between European architects, Shanghai-based architects, contractors, and construction labor. To accommodate the large population of working classes in the city, including construction labor who built these icons, low-end global building types such as squatter settlements and lilong emerged. These are spaces of low-end globalization, which are as cosmopolitan and innovative as their high-end counterparts. This lecture chronicles the urban and architectural transformations during the second phase, or the current phase of Shanghai’s globalization through three key urban spaces– West Nanjing Road, Pudong, and People's Square and People's Park.