Domestic Worldmaking by the Enslaved

The architectural legacy of the Transatlantic Slave Trade has primarily focused on the large-scale, formal infrastructures and landscapes of power including slave forts, trading harbors, agricultural infrastructure buildings and of course the plantation itself. Within these frameworks, much less attention has been paid to the relationship between the domestic architectures of the enslaved and formerly enslaved, that were deeply nested within a broad set of persistent worldmaking and resistance practices including the agricultural, architectural, botanical, textile, fashion, art, music, oral traditions and a broad material ecology. The strategic use of Goodman’s term “worldmaking” aims to advance our understanding of the agency, resistance and innovation by the enslaved across cultural, climatic and economic contexts.

Bringing together a diverse range of academics, researchers, and activists from around the world, the project aims to develop a range of engagement platforms and outputs- an open-source interactive virtual website, travelling exhibition, publications and teaching materials. In doing so, we want to create different histories and narratives for the study and practice of architecture. The GAHTC Global Connections fellowship also supported the seed development of a digital platform, the Grapevine, for the interactive visualisation, analysis and crafted narrative expression around the domestic worldmaking histories of the enslaved. Ongoing and future developments to the platform can be followed via the online platform.

The closed virtual symposium with 45 participants and attendees was held on the 19th of February, 2022 to kickoff the longer-term project "Domestic Worldmaking by the Enslaved". The ambition for the symposium is to stimulate a collective story-telling typologies and integration of diverse work related to the agency and innovations within the domestic practices of individuals enslaved during the Transatlantic Slave Trade. Four virtual sessions were held in the morning and afternoon: 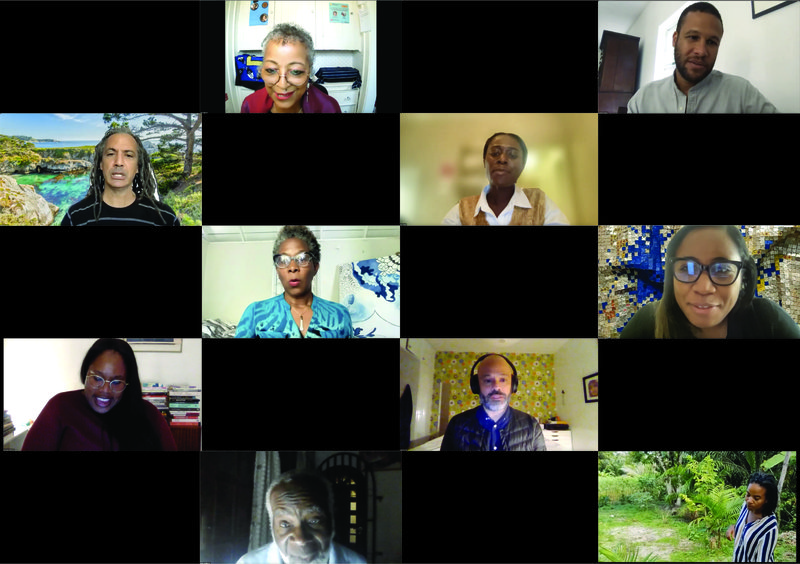 Session 1: Making a Life On and Off the Water

Told by Prof. Kevin Dawson, this story explores the aquatic history and culture of enslaved Africans in the Americas. From swimming, underwater diving, canoeing, and surfing, this story draws together how the enslaved used African knowledge to seamlessly merge land and water into one cultural world of meaning, purpose, and value. The discussion was moderated by Simon Benjamin.

Told by Geri Augusto, this story explores how the enslaved produced their own food, creating provision grounds outside their domestic dwellings or on marginal lands as a form of resistance. Plants nurtured by the enslaved in bondage, limbo and freedom are explored as epistemic objects and offer a window into their integrated knowledge of botanical, culinary, medicinal, agricultural, spiritual worlds and green landscapes of their own making. The discussion was joined by Elionice (Leo) Sacramento live from a quilombo garden in Bahia, Brazil.

Told by Mae-ling Lokko, this story explores the domestic architecture built and inhabited by the enslaved across the Atlantic, both as sites of resistance and adaptation to new worlds. Focusing the architecture of free AfroBrazilian returnees in West Africa, the house becomes a site of negotiation between the formerly enslaved and the new worlds they have become part of. The discussion was joined by Prof. Henry Wellington (retired, University of Ghana).

Co-narrated by La Vaughn Belle and Michael Barrett, the story explores the history of the enslaved with the Nordic region in the North Atlantic. Using many reference points, layers, we explore how the monument, existing sites and a broad material ecology can serve as media used to activate and hold space for exploring the lives of the enslaved. The discussion was joined by Jonelle Twum, founder of Black Archives Sweden and moderated by Marie Louise Richards from the Royal Institute of Art, Stockholm. 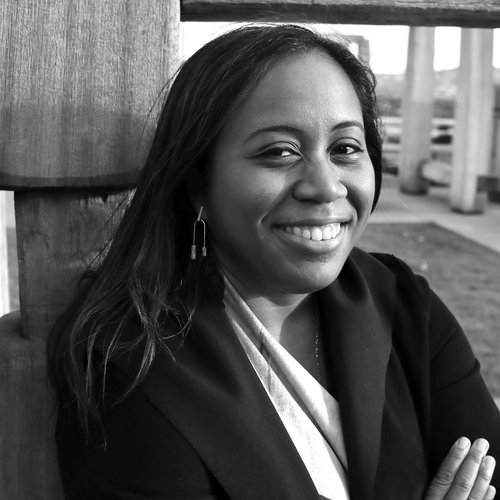 Dr. Mae-ling Lokko is an educator, architectural scientist and biomaterials researcher from Ghana and the Philippines whose work lies at intersection of agriculture and architecture. She currently is an Assistant Professor Adjunct at the Cooper Union, Associate Research Scientist at Yale Center for Ecosystems in Architecture where she will join Yale University’s School of Architecture as an Assistant Professor in Fall 2022. Lokko holds a Ph.D. and Masters of Science in Architectural Science from the Center from Architecture, Science and Ecology, Rensselaer Polytechnic Institute and B.A from Tufts University. Her primary research interests include vernacular material technologies, innovation in integrated material life cycle design, public interest technologies and how contemporary material-value systems can be developed to meet generative justice goals. She was previously an Assistant Professor at Rensselaer's School of Architecture and Director of the Building Sciences Program. Science and Ecology. She is the author of "The Brazil House- A Return to the Future", which explores a critical geography of the architecture of AfroBrazilian enslaved returnees in Ghana (2010). 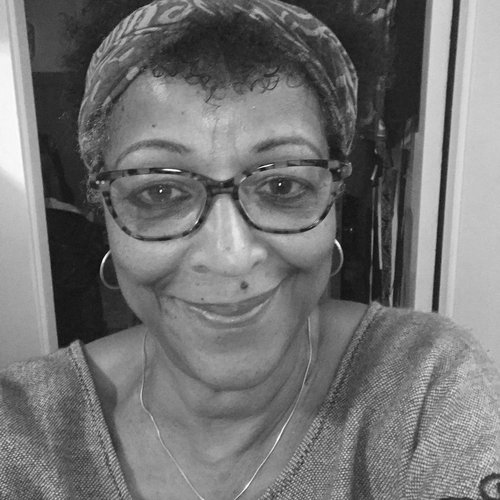 Dr. Geri Augusto is a longtime scholar and former activist at the intersection between the politics of knowledge, knowledge practices, creative expression, and struggles for equality and justice in unequal, highly diverse societies and communities. She is the Director of the Undergraduate Development Studies program, a faculty associate at Brown’s Center for the Study of Slavery and Justice (CSSJ), an affiliate in the Africana Studies Department and at the Center for Latin American and Caribbean Studies (CLACS), and a former visiting associate professor of International and Public Affairs and Africana Studies. Now a Senior Fellow in International and Public Affairs as well as Director of Undergraduate Development Studies at the Watson Institute, Augusto is currently part of the Institute’s Brazil and Africa Initiatives, and serves on the steering committee for Brown’s new Native American and Indigenous Studies Initiative (NAISI) program. She is also a visiting African diaspora scholar for the Doctoral Program in Higher Education Studies at the University of the Western Cape in South Africa. Her interests include subjugated knowledge, global Black radicalism, colonial sciences, higher education transformation, science and technology policy, and visual arts. Her most recent work spans Brazil, the U.S., and South Africa. 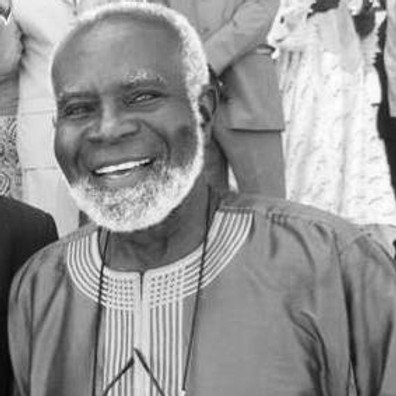 Professor Dr. Ing. Henry Nii-Adziri Wellington researched in, and taught architecture at the KNUST as a Lecturer, Senior Lecturer, Associate Professor (1972-2006) and a Full Professor to train several generations of architects and headed the Department of Architecture for the period 1998-2002. As foundation Head and Professor, he developed the academic programme in architecture for the establishment of the Department of Architecture in the Faculty of Applied Sciences at the Central University College, Miotso. He has been a visiting scholar to universities, including University of Michigan, Ann Arbor, (2002), Miami University in Oxford, Ohio (1998), University of Ghana, (1998-1999), and University of Flensburg, Germany (1992). Working recently as a member of the Local Organising Committee under the auspices of the Ghana National Commission for UNESCO, for the Celebration of the United Nations declared International Year of Light and Light-Based Technologies, (IYL) 2015, he directed the Curating of the Ghana Exhibition that was sent to the UNESCO Headquarters in Paris in 2015. He is the author of “Stones Tell Stories at Osu – Memories of a Host Community of the Danish Trans Atlantic Slave Trade” (2017). 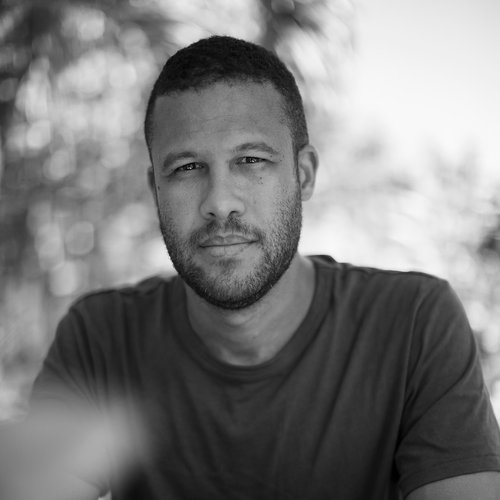 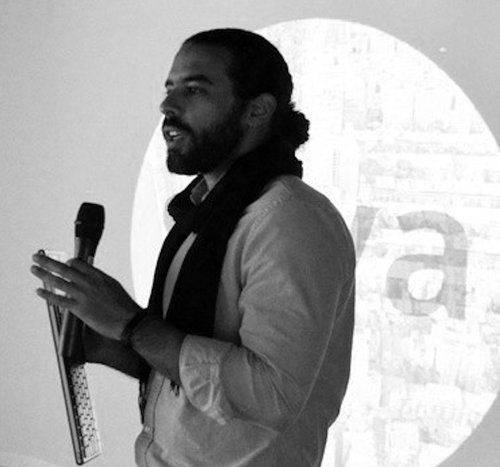 Mohamed Aly Etman is a building science researcher and Postdoctoral Associate at the Yale Center for Ecosystems in Architecture (CEA) in New York City and New Haven. His research focuses on the development of SEVA, the Socio-Ecological Visual Analytics web tool, to incorporate built environment data, human health and wellbeing data, as well as building systems data and the use of computational tools into the design process at all scales.

Prior to joining CEA, he was a member of CASE, the Center for Architecture Science and Ecology, at RPI where his research was supported by a HASS fellowship, Skidmore Owings & Merril (SOM), and the Bill and Melinda Gates Foundation. His interdisciplinary research approach developed in collaboration with industrial collaborators such as SHoP Architects, Skidmore, Owings & Merrill (SOM), HeliOptix, FABS (Fresh Air Building Systems), Entertaining Health, AMBIS Tech. Inc, Method Design, FutureAir, and Gray Organschi Architecture. Mohamed has taught environmental modelling to architects and urban planners at the American University in Cairo (AUC), RPI, CUNY and Yale. Mohamed holds an MSc from Cairo University (2013), a MArch II (2014) and a Ph.D. (2018) from Rensselaer Polytechnic Institute. 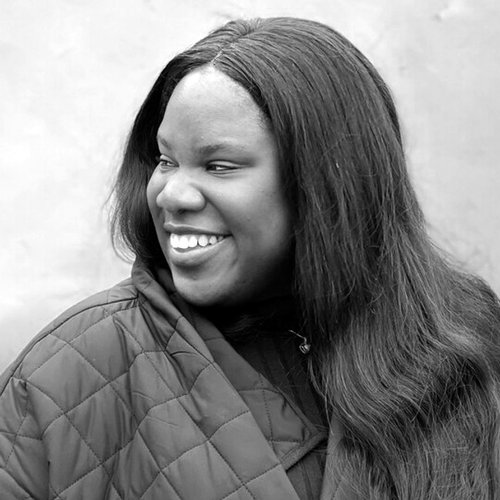 Marie-Louise Richards is an architect, lecturer and researcher at the Royal Institute of Art in Stockholm. Her research and practice explores invisibility as embodiment, a critical strategy and a spatial category through methods of architectural and artistic practice, curatorial practice, and writing. Recent work includes: Banana-Split: a (Black) Power Walk, short-film, part of Power Walk (Air) Mossutställningar/Public Art Agency Sweden (2020) Out of Line: Erasure and vulnerability as sites of subversion in, Archifutures: “Agency” Vol. 6 (2020), Hyper-visible Invisibility: Tracing the Politics, Poetics and Affects of the Unseen, in Field Journal: Becoming a Feminist Architect, Vol. 7(2017). She is part of the collaborative research project Spaces of Care, Disobedience and Desire: Tactics of Minority Space-Making with Natália Rebelo and Rado Ištok.